One of my most memorable mentors wasn’t a coach, manager, or a relative. I believe we were universally attracted to each other as rebel talents bridging a generational gap. He was likely around my father’s age and he worked for JP Morgan during my tenure. He lived in Michigan but would frequent the New York City Headquarters where I was based. We were drawn to each other because we both had a knack for challenging the norm, we shared a titan mentality, never settling for convention and doing our best to be instrumental for positive transformation. We rooted for the success of others and wanted to see people succeed on merit with equal chances for all. I saw in him a leader who bought into my vision and he saw in me a youth who would keep his vision alive.

Ironically, I did not intend for him to be a mentor, I never approached the topic of formal coaching mainly because I foolishly presumed that I wasn’t worth his time. We had several conversations, mainly around work and every time we spoke, I walked away with a revamped energy to execute and trust the process. The one consistent element of our interactions was his energy, you couldn’t help but walk away from a conversation with him and think that you are indeed worthy. I walked away from every interaction feeling more elevated, and given how sincere he was he left me with a feeling of responsibility to pay it forward.

I was approaching my thirtieth birthday and it was a period in my life where unbeknownst to me,  I was inching closer to uncovering my mission. I was quiet about my plans but I was simultaneously yearning for validation. I was nervous that if I became vulnerable about my mission that perhaps it wouldn’t be well-received, I thought that people might be too busy to deal with my search for purpose. Anyhow, I eventually said screw it, I reached out to this gentleman the next time he happened to be in New York and I showed him my story jotted down on a piece of paper. He read it and looked at me with a wide gaze, he was nearly in tears that we sat down in meeting after meeting and he had no clue.

I told him that I am running my very first marathon and that I was going to publicly share my story for the first time, I was going to fundraise and donate the proceeds to build awareness around my journey. He looked at my goal of $3,000 and he chuckled and quickly got stern, “Bishoy, you better up that goal young man.” He wouldn’t take “no” for an answer, he gave me my first donation and it was rather generous and he instructed me to never sell myself short again.

His belief in me propelled me, it ignited a flame. My mission went from a crumpled piece of paper that I was reluctant to share to headline news just 3 months later when my story gained traction. Had he never shared his energy with me and his enthusiasm for making a positive difference, my trajectory would have been much different.

When I think about mentorship, I associate servant leadership as a differentiating factor for success. I think about seeking out the person who can genuinely look you in the eye and tell you that whatever it is you want to accomplish in life, you are not crazy and by all means you should aim even higher! A servant leader is not going to hand you an instruction manual but rather acknowledge that you’ve known the path all along on your life’s journey.  A servant leader will empathize with your ambitions and propel you to deliver in ways that perhaps you never envisioned.

He wasn’t a coach, manager, or a relative but he saw something that I was hesitant to share with the world. He shaped the reality of my vision with his belief in me, he helped me close the door on any second guessing and he quelled any reluctance with contagious energy. He not only helped me become the man I am today but he inspired me to be that energy for everyone that I encounter. In my opinion, this was how mentorship was meant to be. 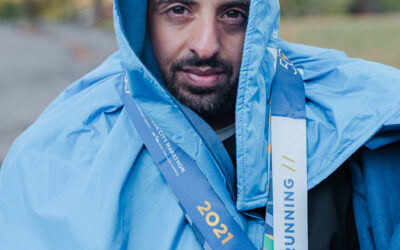